Corinna is a lecturer in the Department of Sociology. She joined the Centre for Research in Social Simulation at the in August 2008 as a Research Fellow. Her academic background is in Philosophy (LSE, BSc MSc) and Computer Science (KCL,PhD), where her PhD Instinct for Detection developed a logic for abductive reasoning.

Currently Corinna is the PI on an AHRC Research Grant on collective reasoning in agent-based modelling, titled  Collective Reasoning as a Moral Point of View.

Her research interests are decision mechanisms, in particular collective decision-making, context dependency of decisions and methodological and epistemological aspects of agent-based modelling and social simulation.

She has applied collective decision making to the analysis to the weakening of the Mafia in Southern Italy within the GLODERS project and published a book Modelling Norms, co-authored with Nigel Gilbert, providing a systematic analysis of the contribution of agent-based modelling to the study of social norms and deviant behaviour.

Recently Corinna has been developing a teaching stream within CRESS with a periodically running short course Agent-based Modelling for the Social Scientist and the MSc Computational Policy Modelling. 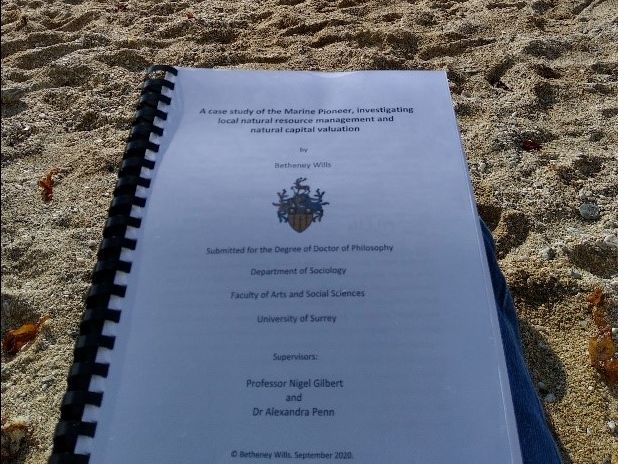 CECAN PhD Student, Betheney Wills, is awarded her doctorate and secures a position at Defra (Marine and Fisheries)

Betheney was awarded a PhD in November 2020 following a viva in which her thesis was approved without corrections.